"Research has demonstrated that universal drug education programmes in schools can have an impact on the most common substances used by young people: alcohol, tobacco and cannabis. this is backed up by Cochrane systematic reviews (Foxcroft and Tsertsvadze, 2011)"  Mentor, 2012

In Wiltshire in order to further reduce drug use among young people and improve drug education, we are committed to promoting evidence based practice.

This has historically been challenging as:

Mentor and the Drug Education Forum published a range of documents clarifying the current evidence base and making some key recommendations:

4. Engaging parents in drug education in schools and in the community (2012)

5. Learning from the life skills programmes in drug education (2012) 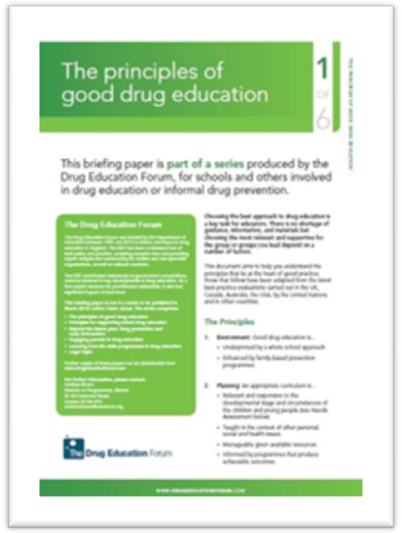