Current Wiltshire Healthy Schools
Bronze Level
Silver Level
Gold Level
How can I join in?
How to get support
Healthy Schools Plus
Quality Assurance Group 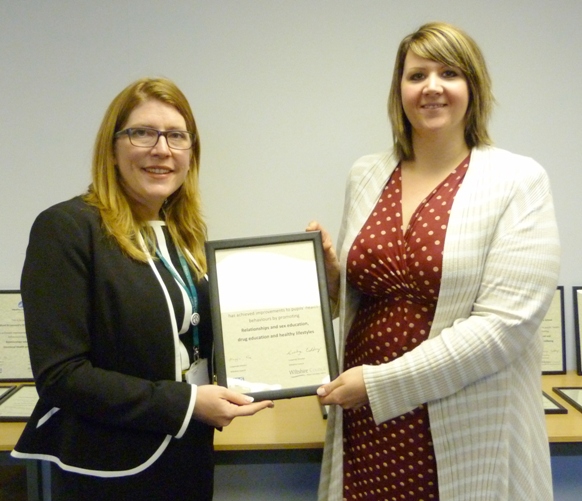 Healthy Schools Plus was a three year programme, funded by NHS Wiltshire. The programme engaged and supported schools (specifically those in areas of deprivation and significant health inequalities) to address health issues that affect the local community. The school community also identified vulnerable groups (Children in Challenging Circumstances).

Schools involved in the programme set healthier behaviour outcomes to achieve for their children and young people. Schools were provided with Local Health Data to enable them to select the health issues that most affected their community area.

Baseline data was collected and targets were set with milestones to mark progress over a two year period. Schools then implemented interventions to address the health behaviours they aim to encourage, using evidence-based approaches where possible. Local support materials were developed for schools engaged in the programme.

54% of Wiltshire schools took part in this programme with the vast majority of schools completing the programme and submitting their data.

NatCen, who evaluated the programme for the Department of Health, said

"We found that the programme had an impact: the proportion of pupils demonstrating healthy behaviour was two and half times higher following the intervention based recorded data. From speaking to pupils, teachers and school staff, it emerged that the programme created a healthier ‘ethos’ in the school and improved knowledge of healthy food among pupils, and interestingly among teachers too. Another important finding is that schools’ promotion of emotional health and well-being may contribute to a reduction in teenage pregnancies and harm from alcohol and drug use in the future as pupils are better informed about how to avoid peer pressure.

Crucial to schools’ ability to encourage healthier lifestyles were local programme teams based in local councils or health authorities. School staff told us that having the support of these teams really helped raise the profile of the issue, identify school specific problems and introduce high quality activities."

Although this programme has now closed, this approach (targeted work to address local health priorities) has been incorporated as part of the current Wiltshire Healthy Schools programme at Silver Level.